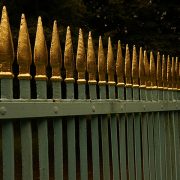 Resistances to allowing your Higher Self to be real (continued):

3. Lacking a clear boundary between you and your negative ego: Everyone has a negative ego that thinks of itself as the singular authority, as the “source”, as the “one”.  The negative ego part of self absolutely does not want to believe that there is a consciousness greater than itself.  It does not want to think that there’s someone or something out there that is more than it – more loving, more powerful, more knowing, more caring, more wise, more.  It wants to be the best.  It wants to be the “all that is”.  This obviously creates tremendous resistance to allowing your Higher Self to be real. If you do not have a clear boundary between you and this negative part of yourself, then it’s all too easy to buy into its thoughts that your Higher Self doesn’t exist, that they are just a figment of your imagination or an interesting spiritual idea or a meditative technique – not a living, loving, real expression of consciousness that is greater and grander than anything you could ever fathom.

To read/down this article in PDF

4. Wanting to be in control: Some people resist allowing their Higher Self to be real because they want to be in control.  If my Higher Self was real, they think, they might say something that I don’t want to hear or suggest something that I don’t want to do or point out something that I don’t want to see.  But if they’re just a meditative technique, something that I visualize when I meditate, then they can’t say or do anything that might impact me.  I can be in total control of my experience.  The problem is, control is the antithesis to love, whether you’re in a relationship with another human being or with your Higher Self.  You can’t be controlling and loving in the same moment.  It is impossible.  You can’t be controlling and receiving love in the same moment either.  That is also impossible.  So in the attempt to control you pay the price of love, whether that’s with your Higher Self or another human being.  If you want to be in control more than you want love, then it will be very difficult to allow your Higher Self to be real because they are the very essence of love.

5. Fear of the responsibility of realness:  Some people fear the responsibility of having a Higher Self that is real.  They think of responsibility in terms of demands, duties and obligations rather than as the ability and willingness to respond.  If my Higher Self was real, what would be demanded of me?  What duties and obligations would I be saddled with?  What changes would I be forced to make?  In truth, your Higher Self never demands anything of you.  Like the Divine, the only thing your Higher asks – not demands, but asks – is that you be real, real with yourself and real with them.

Yes, there is responsibility when your Higher Self is real, just like there is responsibility any time you are in a loving, intimate relationship because the relationship is real.  It matters.  It has substance. But responsibility is the greatest freedom.  The more you’re able and willing to respond in life, the freer you are.  Think of it this way: if someone you love has a serious illness, wouldn’t you want to be able to respond, to do something to help them, to make the situation better?  That’s what responsibility really means – being able and willing to respond, to do something, to have impact.  Compare this with a lack of responsibility, where there’s someone you love who has a serious illness and you can’t respond, you can’t do anything, you can’t make the situation any better.  That is imprisoning, not liberating.

Responsibility, being able and willing to respond, truly is the greatest freedom because it means that you can have positive impact.  And when it comes to your Higher Self, the more responsible you can be means the more able and willing you are to respond to the unconditional love, support and caring that they have for you.  You can let your Higher Self’s love impact you, changing your life in magical and miraculous ways.

6. Not wanting accountability and consequences:  As with responsibility, some people want their Higher Self to remain an idea or a technique because they don’t want to be accountable to the relationship or have any consequences.  If my Higher Self is just an idea or a visualization in my meditations, I don’t need to honor their love by dropping my martyrhood or victimhood or manipulations.  I can keep holding onto my past, reliving old patterns and behaviors, pretending that I can’t overcome whatever I’ve experienced because it doesn’t matter anyway – I’m not allowing their love to be real. But if my Higher Self is real, if they are a unique expression of consciousness with their own personality, their own name, their own life; if they are someone that loves me dearly and is always there for me 100 percent, believing in me, just waiting to help me in any way I will allow, then I am accountable and there are consequences. 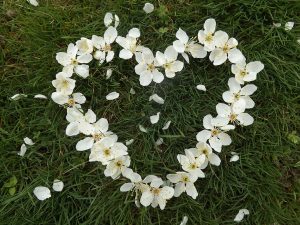 And what is the accountability?  Again, to be real.  Playing martyr or victim, manipulating, clinging to the past, pretending to be small – that’s not being real. Learning, growing, changing, evolving; making mistakes and forgiving myself; exploring, seeking, discovering; falling down and getting back up again; reaching, loving, caring – that’s all part of being real.

Being real isn’t about perfection.  It’s about being genuine, honest and truthful.  It’s about being vulnerable, open and trustworthy.  It’s about being willing to be loved and more, to be changed by that love for that is the ultimate accountability and consequence of allowing your Higher Self to be real: to allow their love to change you. To bring you home to who you truly are in the wholeness of your being.

7. Being afraid of intimacy…

Allowing Your Higher Self To Be Real, Article Three

Allowing Your Higher Self To Be Real: Article Three in a Series of Five

Allowing Your Higher Self To Be Real: Article One in a Series of Five
Scroll to top