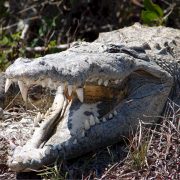 Negative ego messages aren’t limited to these, but here are some common examples of what you might hear inside your head from this greatest source of negativity in your life.

Kicking Your Negative Ego Out of Your Reality
Scroll to top