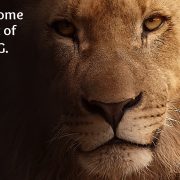 There will be times for the rest of your life when you’re not prepared and will blow it – and that’s okay.  Hold onto your power, don’t give it away to your mistake.

One of the most liberating statements on the planet is: “I blew it.”  No pity, no self-punishment, just the raw admission of what happened.  As human beings, we are wired to make mistakes.  It’s part of our evolutionary process.  But most of us have never learned how to become good at making mistakes.  Instead, we’re taught to deny, defend and cover up, all of which are incredibly imprisoning and result in giving our power away.

The invitation is to change that.  To let go of whatever we’ve learned and choose instead to embrace the idea that for the rest of our lives we’re going to be dealing with making mistakes.  Meaning, there will be times when we feel hurt and sometimes even pain, depending upon the magnitude of the mistake.  But rather than using our old approaches, we could actually take a moment to look at ourselves in the mirror and say, “I’m really hurting right now because I just blew it.  But I refuse to add to my pain by beating myself up or playing games.  I’m human and as much as I hate it, sometimes I blow it.  But I still accept myself, I’m still a good person even when I make mistakes.  And, I can clean this up – I don’t have to live with this.  And not only can I clean it up, I can use this mistake to learn and become more.  That’s my birthright as a human being.”

This is an incredibly effective way to hold onto our power when we make a mistake – power that we need in order to learn, grow and change so that this mistake isn’t wasted and instead actually adds to our evolution. 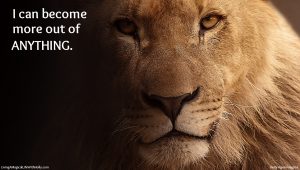 Receiving From Your Soul

Because Of You, The World Is A More Beautiful Place
Scroll to top