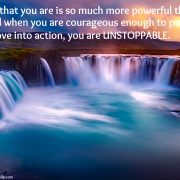 There are people who have lost their voice, or never had one, who are counting on you.

Every human being has the same worth.  It doesn’t matter our race, gender, socio-economic status, country of origin or religion.  We all have the same worth in the eyes of the Divine.  It is the ego that fights against this, that sows division and hatred in an attempt to feel better about itself. But the ego is weak, stupid and always lies.
What will matter at the end of our lives isn’t our positional power or status in society.  What will matter is how much we loved and cared for one another.  Whether we took a stand for our worth and the worth of others.  Whether we spoke up for human dignity, especially for those who were unable to speak for themselves.
Silence is complicity.  Inaction is complicity.  Diminishing, justifying, defending or denying is complicity.  And complicity is a very, very painful way to live for not only do we lose touch with humanity, but ultimately we lose touch with ourselves. 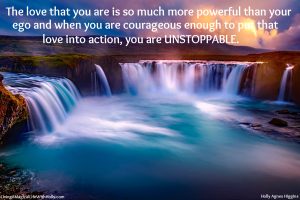 The World Is Waiting For Your Talent

Allowing Love For Another To Be Your Inspiration
Scroll to top