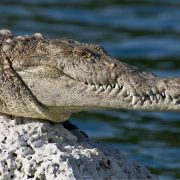 Taking charge of your negative ego is a fundamental part of any personal growth journey, especially if you want to live a magical life.  Your negative ego does not want you to grow and change.  It does not want you to be happy, joyous or successful, and it certainly does not want you to be free.  If left unattended, your negative ego will do everything in its power to stop you, to keep you stuck in old patterns and behaviors, feeling undeserving and not good enough.  Feeling fearful and anxious.  Feeling tired and guilty.  Making it hard for you to trust yourself and love yourself and give yourself a break.  Filling you with demands of perfection and an endless list of what’s wrong with you and why you’ll never really be okay – no matter how much you grow and change.

When you’re happy, your negative ego whispers in your ear that this won’t last.  When you’re inspired, it tells you that you can’t do it.  When you’re resting, it reminds you of all the tasks that you haven’t completed.  It’s always working, 24/7, to undermine you, to exhaust you, to make you feel small and powerless. But in truth, it’s your negative ego who is powerless – when you take back the power you have unknowingly given it.  When you unmask this part of self and tell it NO.  You are far more powerful than your negative ego.  It actually has no power of its own.  It only has the power that you give it by buying into its lies, by believing what this enemy within says to you.

You are incredibly strong, talented and capable.  Think of everything you’ve been able to accomplish in your life despite your negative ego, despite this adversary within trying to destroy you at every turn.  And that’s exactly what your negative ego does – it tries to destroy you.  If you let it, your negative ego can destroy in a moment what has taken a lifetime to build – that one affair that destroys your marriage; that one malicious rumor you spread that traces back to you and breaks the trust with a loved one or friend; that one short cut that blows your career apart; that one time you text and drive or drink and drive as you hear inside your head that you can handle it, only to get into a terrible accident that maims or kills someone.

But short of this, short of it blowing your whole reality apart, your negative ego is always working to undermine you, to make you feel better than other people and to make you feel less than other people.  Both are positions of arrogance, both are different sides of the same coin and anytime you’re feeling better than or less than someone else, you’re separating yourself from other people, from yourself, and from your spirituality because you’re living a lie.  This is an achingly lonely way to be and sadly, the way many people live because they have no idea just how destructive their negative ego really is and how it is impacting them every single day of their lives.

The negative ego wants to be in charge, it wants to run your life and in order to do so, it has to take you out.  It is your worst adversary, it is the greatest source of negativity in your life.  When people say, “I’m my own worst enemy” what they’re really talking about is their negative ego – they just don’t realize it.  They’ve so identified with this part of self that they can’t separate, they can’t establish a clear boundary between themselves and their negative ego and consequently they listen to its lies and follow its counsel – which is always negative.  Always.

Your negative ego is incapable of telling the truth.  It is not your friend, despite what it will tell you.  When people say, “Well at least I’ve got my pride” what they’re really saying is that at least they have their negative ego.  They’ve fooled themselves into believing that this dangerous, toxic part of self is really their ally – which it is not.  The same is true when people would rather be right than happy.  That’s their negative ego in spades.  Or when people refuse to take responsibility and choose to blame instead.  That’s also their negative ego in action.  Rather than coming from the spiritual adult, the part of self that knows that it has the power to choose how it responds to everything that happens to them in life and that there is more help available than they can possibly begin to imagine, they choose instead to act out of their negative ego – the part of self who insists that it is a victim or a martyr or someone who must struggle or suffer.  Which is a lie.  Your negative ego always lies to you.

Using this deceit, your negative ego tries to separate you, not just with its better thans and less thans, but with the way it sees the world – as an unfair and unfriendly place that’s out to get you.  As a place that is unsafe, untrustworthy and where you need to have your guard up at all times.  Even against the Divine.  Your negative ego sees the Divine as the ultimate enemy.  It does not want to acknowledge that there is a consciousness greater than its own.  In fact, your negative ego wants to be the Divine.  Now usually it’s not going to use those words, “I am the Divine, I am the Source” because that would be too obvious, but that’s essentially what it’s whispering in your ear when it says that you’re unlovable, unforgivable, undeserving or unworthy.  The Divine wholly and completely loves you.  The Divine forgives you before you even know that you need forgiveness.  The Divine has given you total deservability and worth.  When you hear otherwise inside your head, that’s your negative ego telling you that it knows better than the Divine, that it is wiser than the Divine, that it is superior to the Divine.   That it is the Source, not the Divine.

Most people don’t think in these terms.  If you asked them if they thought that they were superior to the Divine, they would immediately say no.  But yet they won’t receive love or forgive themselves or do the work to uncover and then own their deservability and worth.  Not because they’re bad or wrong or stupid, but because they’ve unknowingly aligned themselves with this most negative part of self and it’s separating them from the truth of their being.  It’s separating them from the Divine and all the love, magic and miracles that the Divine so dearly wants to give them, including forgiveness, deservability and worth.

Life is a gift from the Divine, a gift that is freely given with no strings attached.  But your negative ego wants you to believe that life is a reward, a reward that you must earn rather than a gift that you learn how to receive.  And ultimately whatever you do, no matter how hard you work to earn love, forgiveness, deserving, worth, magic, miracles, life, your negative ego will always tell you that it wasn’t enough.  Again, it always lies.

But you don’t have to accept its treachery.  You can become conscious of how your negative ego operates and then release it from its position of power…

Uncovering Your Worth: Coming Home to Who You Truly Are
Scroll to top